Photo by Kaboompics .com on Pexels.com

running through meadows without

crushing flower, and it seemed

I had a few original My Little Pony

Our fingers galloped them

dumping them for Barbie,

a Care Bear, or Rainbow Brite.

frozen and far from

actual reality, on a farm

Until my class visited

a farm on a school trip.

and I didn’t want to

and I held back from the group

at the gate knowing

I would be the one

on a bus home with

a stump for a hand.

And yet the other kids

clamored for a chance

to mount the beast and giggle

even looked for the pattern

of purple stars on its butt.

I was asked if I wanted to sit

on the pony.  I didn’t take

my eyes off it but shook

my head violently no.

I never played with

Written from a Mid-Michigan Word Gatherers prompt, Wild Horses, penned at Sozo Coffeehouse, recalls a distance city life imposes on youth.  By age 10, I had seen more rats and bats than farm animals.  We never even had a dog or cat but there were plenty of strays I was more than wary of wandering the streets at all hours forcing me to pull up my covers at night when I heard them fighting in the alley.  It seems an idyllic notion to load up little kids and whisk them into the country to pet baby chicks and take a pony ride and it was true that many of my classmates expressed great awe and wonder at this anywhere farm whose name I don’t remember.  My reaction was closer to, wow, this place is disgusting, I hope we leave soon.

I don’t even remember making the connection that this is where our food comes from.  It’s hard for a kid to imagine how those soggy wet peas got in that can to begin with or that the generic box of powdered milk in the cupboard was once wet and dripping, still warm from the cow.

Industrial mechanization transforming live food into shelf stable staples shipped across the land.  Perhaps, they should have taken us to a factory instead.  That could have made sense.  My dad worked in a factory.

I don’t live in the city anymore.  For the first time, I live in a small farm town dotted with cows, both meat and milk producing, with a butcher shop and cow milking operation just three miles away.  A lot of country folk say that you get used to the smell.  I’m here to tell you that no, you don’t.  On the hottest of summer punishments, when the wind blows from west to east just right, three miles away, I may walk outside and regret breath as the asses of 300 cows runs right up my nostrils.  You may disagree but the piss stains in the New York City subway tunnels is much more preferable.

People here are weird.  They ride horses, eat gluten, and actually like country music.  It’s not really like a John Wayne movie or Ponderosa but it’s the closest I’ll probably ever get.  Roll over Roy Rogers, I’m here to stay!

15 years on 1.8 acres, mostly wooded, with Red Creek winding behind in clear view of my kitchen windows, I’ve made the best of it.  I feed the woodpeckers, let my rescue dogs bark at the red squirrels, and admire the trees I planted in the front yard, Hawthorn heavy with dark winter berries, and species of evergreen far surpassed my height.

Now, I can appreciate a farm and even, their stinky animals.  I may not live on this speck of land all my life but for now, rented from the heavens, it graces me.

Lifelong Michigander, early 40s, craft addict, chihuahua collector, coffee drinker, recovering human being, bipolar I, electronic music lover, bullshit caller, 5' tall, my blood is organic, and I refuse to be anything else. I will write until I die.
View all posts by missyrogers »
« The Grand Finale of Winter
The Sunburn of Spring » 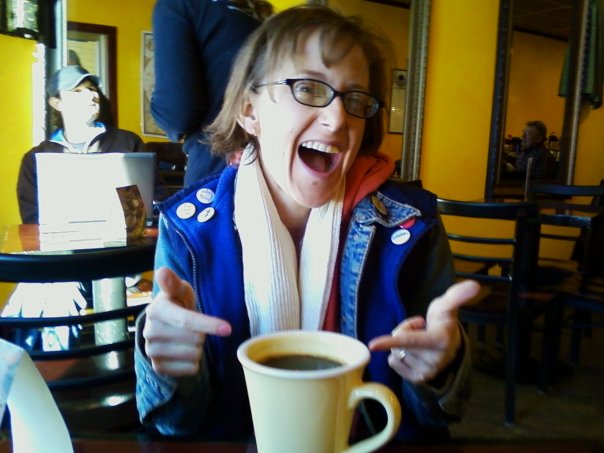